Back to Materials Section /

Subscribe to be notified of our huge annual sales!

END_OF_DOCUMENT_TOKEN_TO_BE_REPLACED

Best Ways to Kit Out Your Hearth 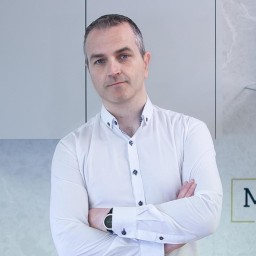 The fireplace is the focal point of any room it’s found in, adding architectural interest and expressing the feel of the room, if not the entire home. Even without a lit fire, it portrays warmth and homeliness.

However, we can all agree that there nothing more comforting and satisfying than sitting infront of an  open fire roar. Whether you’re thinking of updating your existing fireplace or buying an entirely new one, the hearth you choose and how you decorate it are key to expressing the feel of your entire home.

If you’ve already got a fireplace then it’s usually best to hang onto it. An original fireplace was built for the room and will have better proportions to suit the room than a modern alternative. If it’s an ugly fireplace, however, there’s no point in trying to save it. Get rid and you’ll open up your home to a whole host of possibility. For a contemporary look then getting rid of the old, ugly surround and replacing it with a plain metal one it the best way forward. Without the mantelpiece you’re less confined to the conventional fireplaces of old. You could even try raising the fire so it’s off the floor and adding an extended hearth that can be used as a seat or even a display area.

If you’re aiming for a period look for your home then antique fireplaces can be a great place to start. They are valuable items that will speak a lot for your home and some can be very expensive but shop around for one within your price range and don’t buy something you’re not entirely happy with. If you’re desperate to save a bit of money but have your heart set on the period look then consider a timber surround. These beautiful surrounds are significantly less than their marble counterparts but will still suit the majority of period homes. Depending on the style of your room you can opt to paint or leave in their natural state but either looks stunning.

The limestone Harvard fireplace offers a timeless, light look with stepped geometric detailing and a linear look that is a classic choice for those who are unsure of exactly what they want. Try contrasting the exactly linear look with a curved, metal hearth surround to really mix things up. Similarly you could try the Clandon or Mullingar fireplaces if they are more your style but you’re still after a timeless piece.

The most important thing to keep in mind when you’re choosing a fireplace is that you need to keep it in proportion with the room. Not only this but if you’re putting your fireplace into the living room then in needs to be warm. More often than not people use the living room as a place to sit and relax so aren’t creating their own heat. A fire that is going to pump out some serious heat is always going to do well. If you want your fireplace to look nice no matter what the weather then also try to avoid leaving a black hole between lighting fires, clean it out and chuck some logs on there for a better look.

Instead of having black slate around the hearth then try mixing it up with a lighter stone. These are particularly effective with gas fires where no dirt is created. Try using burnished metal between the sound and aperture and for the great use chrome or brass – depending on other furnishings in the room!

When you’re replacing a fireplace keep in mind that it usually involves re-painting around the fireplace itself. A subtle contrast between the chimney breast and the rest of the room will look good but going for a popular bright feature wall color will often look garish and uncouth.

Decorating the mantelpiece can have a massive impact on the overall look of the hearth so it’s key to bear in mind. Here are a few classic do’s and don’ts to help you through:

Visit our NEW SHOWROOM where you can see & feel hundreds of beautiful quartz, granite & marble stone.